How Do Two-Way Radios Work?

Two-way radios work by using a radio receiver that receives the radio waves and interprets the information that the frequency carries. A tuner is also included in the receiver as it helps sort our different frequency signals. This allows you to receive messages from a particular frequency.

If you work in a remote location, you may be familiar with a two-way radio. Using it is a pretty simple process. You simply grab the device and turn it on. It may be pre-set at a particular frequency, or you may need to select one. After that, you can join in the conversation by holding the Push-to-Talk button.

While using the device is simple, the science behind it is far more intricate. Understanding how these devices work can help you pick out the best one for yourself or your company.

What is a Two-Way Radio?

As its name suggests, a two-way radio is able to both transmit and receive an audio signal. It is intended for two-way communication between two people or among a group of people. It is crucial that the people communicating through a two-way radio use the same frequency.

These radios are available in a number of different types. Some are stationary while others may be mobile or handheld. Generally, they utilize a half-duplex mode for two-way communication. This means that the operator can listen and talk, just not at the same time.

Mostly, these devices have a Push-to-Talk button that allows the user to transmit his message by pressing on it. Once the button is released, the device only receives messages. Although the half-duplex mode is the most common, some radios do use the full-duplex mode. Such devices employ different frequencies or other frequency-sharing methods to talk and listen at the same time.

Portable two-way radios are often called walkie-talkies. All in all, with a two-way radio, you can talk to other radios directly and instantly.

How Do They Work?

The main principle of two-way radios is radio frequency. All communication relies on radio frequencies. When people want to talk to each other, they need to tune their devices to the same frequency. This is often referred to as a ‘channel’.

In simpler words, radio frequency describes the number of oscillations of a radio wave. These waves are electromagnetic forces that contribute to radio communication.

A two-way radio device consists of two major parts: a receiver and a transmitter. These devices consist of a circuit with an antenna. A transmitter sends the radio message over a particular frequency. The antenna helps the transmitter create radio waves.

On the other hand, a radio receiver receives the radio waves and interprets the information that the frequency carries. A tuner is also included in the receiver as it helps sort our different frequency signals. This allows you to receive messages from a particular frequency.

When people want to talk into their microphones, they hold the Push-to-Talk button. By talking into it, their message converts into radio waves. These waves are then carried through a particular frequency. The other set receives these waves almost instantly.

At the receiver, the waves are again converted to electric signals, which the loudspeakers then convert to an audio signal.

Parts of a Two-Way Radio

To understand the working of a two-way radio even further, it’s important to take a look at its parts. These are:

The major difference in the working of these two types of radio is the signal mode. Analog devices tend to be much and allow for better communication when there is a lot of interference. On the other hand, Digital versions are more expensive and complicated.

At the same time, digital radios give you simultaneous paths for talking. As a result, you can easily send texts and other information.

Why Should You Use a Two-Way Radio?

With the current advancements in technology, you might wonder if the two-way radio is still necessary. The quick answer is ‘yes’. While there are various other wireless options for communication, two-way radios are still unique due to:

One of the major advantages of a two-way radio is that it provides you an instant form of communication. All you need to do is press the PTT button and you can connect with others in a second. Various organizations rely on these devices to communicate instantly in crucial matters.

Communication Within A Group

Also included in the vast capabilities of the two-way technology is the fact that you can communicate with a large group of people at once. This way, the operator doesn’t need to repeat the same message to a couple of different people. It is very handy in times of crisis when you need to give out multiple instructions to different people at once.

Other forms of wireless communication mostly limit the number of people you can talk to. However, that’s not the case with a two-way radio. You can talk to thousands of people over the same channel if they reside in the same area.

Numerous organizations and companies make use of a two-way radio device to communicate efficiently with each other. Most industries require constant communication between workers to ensure a smooth operation. Some of these companies may include:

All in all, two-way radios are helpful devices that are crucial for instant and group communication. They allow you to talk and listen from a single device, facilitating widespread and urgent communication in crucial times. Due to their ease of use and simple operation, they are used all over the world by several industries and organizations.

No votes so far! Be the first to rate this post. 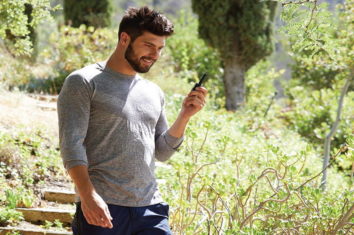 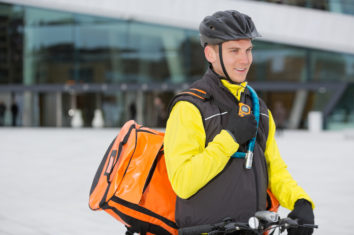 How to Find a Good Two-Way Radio Frequency

How to Program Two-Way Radios

What are the Advantages of a Dynamic Microphone

10 Best MIDI Keyboards for Beginners in 2020